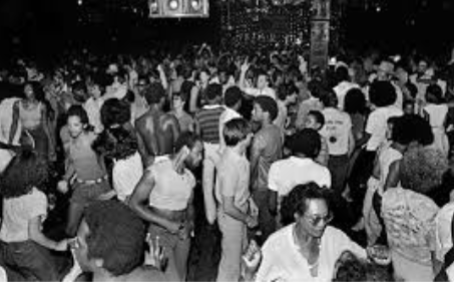 House music started with Djs such as Larry Levan and Frankie Knuckles who got tired of the disco music, so they started mixing disco with other music genres like breaks, afro beats, reggae, soul, etc. One DJ, called Tyree Cooper, claims to be the first one dropping a house record on vinyl in the 80s. It‘s always hard to know who was the first one since lots of DJ‘s were mixing at home and might not have dropped anything out but still had lots of tapes.

If we look at the term “House dance” you can find again two explanations of it :

1. Leonard “Remix” Roy explained he called it house music because he created the beats in his mom‘s basement, after that, they started to advertise the parties with “we play house music”.

2. The second explanation is that the main House dance club was called “the warehouse” located in Chicago were it basically all started.

The Warehouse was the first house club. If you wanted to get into the club you had to suit up, you couldn‘t enter with baggy pants. As there were a lot of shootings and gang problems in the Hip hop clubs B-boys and Hip Hop dancers went to the Warehouse too, but also Jazz, Tapdancers and other dance styles went to party in this club and influenced the house dance style. Legends like the “Nicholas brothers”, „Fred Astaire“ or „Gene Kelly“ had an huge impact on the scene.