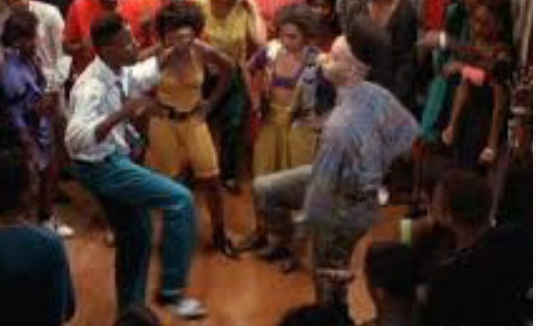 If it comes to Hip Hop dance we have to talk about different dance styles. There is not only one dance style, even if the main style is considered to be b-boying, there are several styles because Hip Hop has spread so wide that these dance styles developed, connected and persisted till today.

We got 5 styles we need to look at

You can‘t really tell who was the founder in Hip Hop dance but Buddah Stretch is definitely one of the pioneers with a huge influence bringing Hip Hop dance to the next level. As b-boying was on the rise in the Bronx so was it for Hip Hop dance in Brooklyn. The main difference was that in Brooklyn they mostly danced on pure Hip Hop tracks and focused to dance on top and didn‘t go down like the b-boys did in the Bronx.

It was a trend to dance on songs such as “do the wop” or “do the james”, these songs basically told them what to do and so they had a basic move and started doing variations out of them. There were a lot of these steps such as the reebok, the fila, the robocop, the alf, the prep, the bartman, etc. Everytime they saw something they liked, like when the actor Steve Martin was dancing silly on a Tv show, they did his move and called it “the Steve Martin”.

The essence of this style is social dancing and partying. B-boys always called this style “freestyle” but Buddah Stretch always said it‘s Hip Hop dance since they are dancing on Hip Hop Music, today they also end up calling it Party dance but a lot of people, like ballet or contemporary dancers say they dance Hip Hop but he says they are just doing some Jazz with a variation of Hip Hop moves which could not be called Hip Hop dance. The big boom was end of the 80‘s, early 90‘s after a b-boying, popping and locking were not hyped anymore those dancers ended up doing Hip Hop dance.

A french dancer said something what could explain Hip Hop dance the best way :

Groove on what the music gives you and flow what you want to give to the music.