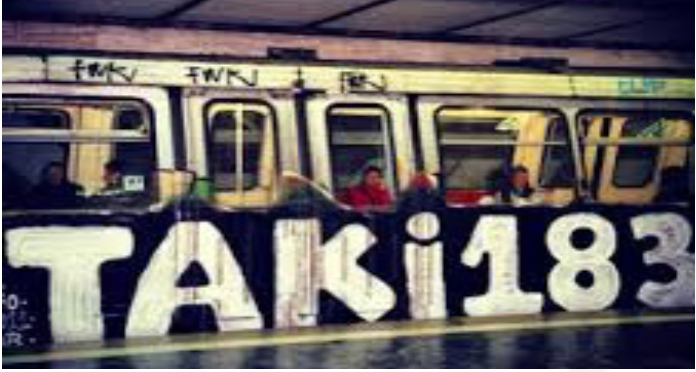 GRAFFITI – A MESSAGE TO THE WORLD

Graffiti was one way for the artist to send a message out to the world, a form of rebelling and reacting to the problems happening in society. So they did a smart move, even if it was illegal, they painted the walls and trains in the whole city, later in the whole world, so everyone could see their message. There is no better art gallery as a whole city. This was reason enough for New York to put 300 millions in the bucket to get rid of the Graffitis in 72/73, iro- nically at that time the Graffiti scene was exploding even more.

Basically you can trace this art form back to the Egyptians or an- cient Rome with the writings in the pyramids or on the walls of the gladiators rooms. But as we are looking at the Hip Hop history, we can say Taki 183 was one of the first ones to be known even though we can‘t really say who started all this.

Graffiti was also used by gang members to sign their territory, if you cros- sed their tags (signature) it meant you wanted war. It all evolved into art and sending messages or even go political. The art evolved so much that now you have an infinite number of techniques how to spray, paint, bre- ak,etc.

It is no more a pure streetart but became a highly accepted art form. Some of the names who made it into museums are people such as Daim, Can2, Atom, Banksy or Keith Haring.